Amazon Prime Day is approaching, with the two-day deal starting at 00:00 hours on July 26th. The sale will last for two days and will end on July 27th. This is the deal to look forward to if you want to buy any of Amazon’s electrical devices, such as the Kindle e-reader, the Alexa-powered smart speaker Echo, or the Fire TV.

Amazon claims that you can get up to a 50% discount on the company’s own electronic devices. The offer is only for Amazon Prime members, and you must be a Prime member to take advantage of the reductions. If you don’t already have Amazon Prime, you may sign up for an annual membership for Rs.999. Alternatively, Amazon Prime plans are available for Rs.129 for a month and Rs.329 for three months.

Below are Amazon’s best products offered throughout the range:

Amazon is planning to provide a discount on its Echo line of Alexa-enabled smart speakers. According to Amazon, the Echo Dot (4th Generation) will cost Rs.3,xx9, which means it might cost anywhere from Rs.3,009 to Rs.3,999. The speakers were originally priced at Rs.4,499.

The Echo Dot with Clock will cost Rs.4,xx9, which means it will cost between Rs.4,009 and Rs.4,999. The pricing would still represent significant savings, since it normally sells for Rs.5,499.

Other Echo items such as the Echo Show 5, Echo Dot (3rd Gen), Echo Flex, Echo Input, Echo, and Echo Auto can be purchased at reduced prices during the Prime Day deal.

This deal will bring you products at significant reductions if you want to make your TV smart by purchasing the Fire TV stick. When it comes to promotions, the Fire TV Stick Lite will cost Rs.2,xx9, which is significantly less than its initial price of Rs.3,999.

If you’ve been looking for a way to get your hands on an Amazon Kindle for a long time, this deal is your chance. The Kindle e-reader will be available for Rs.6,xx9, a significant discount from its original retail price of Rs.7,999.

You can also check out the deals on other Kindle products like Kindle (10th Gen), Kindle Paperwhite, and Kindle Oasis as they will also see a price drop during the sale. 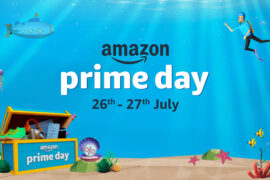 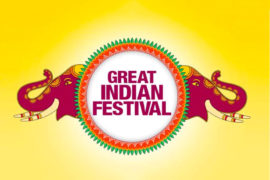 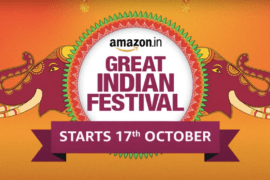